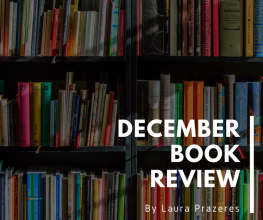 An introduction to Population Geographies: lives across space by Holly Barcus and Keith Halfacree review – a much needed social perspective on population geography

Population Geography has become ever more relevant within our global society and this book provides a comprehensive introduction to Population Geographies. Barcus and Halfacree offer an insightful lens into how people’s lives are lived relationally across space. As a qualitative social geographer, the book not only makes demographic and quantitative aspects of population geography more accessible, but provides a much needed social perspective to textbooks within the sub-discipline. I have used it as the main textbook for an undergraduate introductory course on Population Geography, and what students initially expected to be a dryly statistical opening on fertility and a morose ending on mortality turned out to be informative and engaging. It takes the reader along a life course perspective: from births to different forms of migration to finally deaths, and couches these within a relational framework using topical examples from both the Global North and the Global South. The content is organised around eleven chapters. 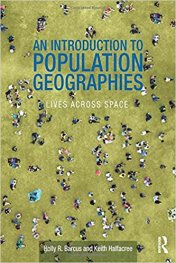 Following an introduction to Population Geography in Chapter 1 that chronicles the shifting approaches of the sub-discipline over the last century, Chapter 2 lays the foundation for subsequent chapters by underpinning and framing the book’s content with life course theory. The authors effectively explain the theory and highlight various arenas of the life course as well as key life transitions. Chapter 3 illustrates the spatial distribution of populations at local to global scales, as well as the distribution of age and gender cohorts using population pyramids from different countries. It also looks at population distribution in urban and rural spaces and discusses key issues for both. Chapter 4 on fertility and births starts off with a breakdown of how to measure fertility in a population. It then illustrates and explains each stage of the Demographic Transition Model (DTM) before discussing social, economic, and political influences on fertility within different parts of the world.

Chapter 5 sets the theoretical and conceptual scene for subsequent chapters that focus on mobility and migration. It is a great introductory chapter to defining and theorising migration and mobility, and discusses migration as natural, societal, individual and life course ‘expressions’. Following on this topic, Chapter 6 examines everyday mobilities, from commuting, education, social relations and immobility due to fear, to residential mobility which looks at matters of family, neighbourhood, and housing. Chapter 7 turns its mobile focus to employment migrations, comparing and contrasting migration flows between and within the North and the South. It also discusses specialist employment migrations, industries, brain drain and circulation, families, remittances, and transnationalism. As a scholar of international student mobility, I was pleased to see a sub-section dedicated to student migrations. While I was unsure about the placement of student migrations within a section on employment migrations, the accompanying question mark in the subtitle signals this ambivalence and the authors do a good job of explaining and illustrating this relationship.

Still on the move, Chapter 8 examines lifestyle migrations and mobilities between rural and urban locations, the Global North and the Global South, and lifestyle retirement migrations at national and international scales. Moving from privileged to coerced migrations, Chapter 9 sheds a light on forced migrations and the labelling and categorization of forced migrants. It examines the issues surrounding forced migrations and mobilities, not only with refugees, internally displaced people and asylum-seekers, but also for human trafficking and slavery. Shifting to the end of the life course perspective, Chapter 10 looks at ageing and mortality at different spatial scales. It examines the meaning and experiences of being ‘elderly’, the (im)mobilities of older people, as well as global patterns and statistics of mortality. The chapter also illustrates and discusses the different stages of the Epidemiological Transition Model (ETM) and considers the complex interaction of factors that cause death, with a particular focus on various infectious and degenerative diseases. Finally the book concludes with Chapter 11 on perspectives and projections for populations in the twenty-first century, including inequality, climate change, resource depletion and biotechnology. It aptly ends with considerations on overpopulation in the world and future opportunities for both global populations and the sub-discipline of Population Geography.

Throughout the book, various vignettes and case studies offer interesting and helpful examples to illustrate the core text and theories. As a result, Barcus and Halfacree’s book is sure to appeal to undergraduate and postgraduate students interested in both quantitative and qualitative approaches to, and demographic and social perspectives on, Population Geography.